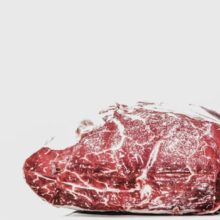 Eating Red Meat Is (Possibly) Not Bad For You, After All

Say what you want about 2016, it did at least bring us a few pleasant surprises. One was the mounting evidence for butter as a healthy food. Another was that researchers at Purdue University found that eating too much red meat may not be bad for you at all, contrary to decades-old advice from doctors.

To reach this wonderful conclusion, the researchers conducted a meta-analysis on 945 studies which looked at red meat consumption, and its effects on cholesterol, and cardiovascular disease (CVD). They then narrowed down these studies to those that could actually show a cause-and-effect relationship between eating red meat and CVD, instead of just an association between the two. This left just 24 studies, but that was enough for the researchers to conclude that red meat is actually healthy—or at least, not unhealthy.

Lorentz Take: We don’t need any more research: a little of a very good meat goes a long way for a healthy diet!